To Heat or Not to Heat: The Failing of Raw Food Diets

The findings of Francis Pottenger are often cited as proof that humans, as animals, should be consuming a raw diet. Being that humans are the only Earth-dwellers who have harnessed fire, raw food is indeed the only option on the menu for the rest of the animal kingdom.

Francis Pottenger was a mid-20th-century researcher and medical doctor who studied the diets of cats over three generations to observe the effects of nutrition on feline health and how diet affects the genetic potential of subsequent generations.

The primary trial contrasted cats fed a raw diet with others fed a diet of cooked meat and pasteurized dairy. His findings were unequivocal. The cats consuming raw meat and milk had robust health and were relatively free of degenerative disease; the cats consuming the cooked foods showed obvious signs of degeneration, including arthritis and even infertility in the latter generations.

The metabolic needs of each species are unique, so it is an assumption to compare humans even to other primates when it comes to diet. Early hominids distinguished themselves from other primates by using fire to cook foods. 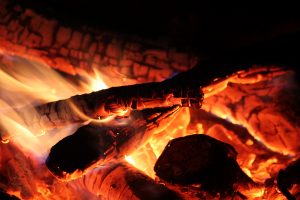 In his book “Catching Fire: How Cooking Made Us Human,” Richard Wrangham makes a compelling argument that cooking is the key technology that enabled our evolution into Homo sapiens. Heating foods breaks down plant cell walls and animal tissue, increasing digestibility and producing higher caloric yields. By simplifying digestion, the body was able to allocate resources to higher brain development while reducing the size of the gastrointestinal tract.

Traditional Chinese medicine agrees with the assertion that cooking foods makes them easy to digest. Steaming, stir-frying, and baking all break down foods while conserving many valuable nutrients.

The notion that cooking destroys nutrients is misleading. It is true that some nutrients will be lost, but others, such as lycopene in tomatoes, become more bioavailable in the heating process.

In other cases, cooking denatures anti-nutrients (lectins, phytic acid, etc.) that inhibit the absorption of micronutrients.

Cooking foods also adds a component of warmth, helping the stomach to work efficiently. Traditional Chinese medicine posits that cold foods and drinks injure the stomach and deplete the body with the energy needed to warm them to body temperature.

One way to make raw foods easier to digest is lacto-fermentation. In the example of sauerkraut, the cabbage fiber is broken down, nutrient availability is enhanced, and beneficial bacteria are produced, providing a probiotic boost.

The average human diet should contain a balance of raw and cooked foods, the proportions of each being dependent upon overall health, activity level, and the climate.

If you are weak or suffer from fatigue, favor cooked or fermented foods that are the easiest to digest. If you run warm, live in a hot climate, and have a cast-iron stomach, you may do well including more raw foods into your diet.

Generally speaking, meats should be cooked but can occasionally be consumed raw if prepared properly. Dairy, if tolerated, is best raw or fermented. Many fruits and salad greens are great raw, while more fibrous vegetables and some fruits are best cooked or juiced. 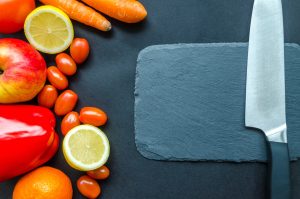 We are the cooks of the animal world. Over time and with the creation of culture, elaborate culinary traditions have taken root. Celebrating flavor and making the unpalatable savory and delicious, the culinary arts take human nutrition to its highest expression. For that reason, you may be better off trusting a classically trained chef rather than a schooled nutritionist to help tailor a diet to your needs.

Human evolution does not support the notion of a strictly raw diet. A combination of raw, cooked, and fermented foods is the most sensible approach. Let the traditional culinary arts guide you, listen to your body’s innate wisdom, and define your own ideal diet with the balance of raw and cooked foods that brings you optimal health.

10/27/18 Update – the below comment from fellow practitioner Elissa Gonda spurned a lengthy debate on raw food dieting that you can read here. Brandon is the founder and director of East Troy Acupuncture, an integrative medical clinic serving southeast Wisconsin, where he specializes in whole-food nutrition, ancestral health, and environmental medicine.

Link to bio page and portfolio.